Born in Adelaide and brought up in country South Australia, I earned my pocket money by bagging potatoes for the local store, chopping wood for the local baker’s wood oven and delivering newspapers by bike very early every morning, but I became fantastically wealthy when, at the age of eleven, I won five shillings by submitting what the Mayor of Port Adelaide thought was the best description of his port when my class paid a visit.

My next effort was not as fruitful. I started a typed newspaper for my family and the local church congregation, which my father, to my surprise, closed down after the third edition to avoid the strong possibility of litigation.

Then I won a number of certificates and book prizes as a member of the ABC’s Argonauts’ Club and began writing short stories which, due to many moves intra and interstate while working in general banking, I have lost. However, I did edit the bank’s staff fortnightly newspaper and quarterly magazine while training manager and before being elevated to more functional heights, ending my career as the bank’s secretary. I don’t remember writing a word in fun for about three years.

Being invited to become the manager of management development for one of the largest vehicle manufacturers in Australia aroused my semi-dormant interest in the ‘people’ side of organisations and, having had my responsibility expanded to encompass all non-trades employees, I did a little self-development by studying for a degree in organisational behaviour which later led to a masters in organisational psychology and then, having joined the University of South Australia, and after a deal of overseas research and work for almost seven years, a Ph.D. from Fielding Graduate University in the United States.

I enjoyed my years as a lecturer, senior lecturer and researcher in ‘human resource management’, ‘management’, ‘organisational behaviour’ and work-related psychology, especially when they took me up to Hong Kong and Singapore on a regular basis, but I most enjoyed my last decade at university as a supervisor of doctoral students on a one-to-one basis. No more lectures; one student at a time. During those years I also pumped out what seemed like a number of tonnes of paper bearing millions of laboriously researched and crafted non-fictional words to do with people at work, my great interest.

And then I noticed that I was reading more and more crime novels, possibly for light relief but I didn’t self-diagnose. I just enjoyed them, especially the plots. Then one day, laying aside one such yarn, I found myself wondering if I could knit something similar. Nothing happened for a few weeks until, at two o’clock one morning, an idea occurred to me: a way of robbing a bank without harming anyone or anything. It had never occurred to me before. I scribbled a few words on the pad I kept – and still do – beside my bed, stared at it the next morning and began weaving a plot on my laptop almost immediately. I’ve never weaved or knitted a garment in my life, but I feel that writing a crime novel is akin to a form of weaving or knitting – with words. Plotting and drawing them all together to form a whole.

The Bank Inspector (2014) found a publisher, but what was just as important was that I was enjoying myself, so much so that I wrote a sequel. The Bank Manager (2016) was also accepted by the publishers and was followed by the third in the trilogy, The Bank Teller (2018). These three, plus a McGraw-Hill Australia effort, Just Managing, which I presume is now out of print, and a self-published book of short stories, On The Job – Stories of People at Work, published in 2011, make up my list of post-academic publications to date.

For recreational reading – and I try to read as much as I write – I most enjoy crime fiction and historical and modern biographies. I garden almost daily and try to go fishing three or four times a year. Although my wife and I live in the foothills above Adelaide, we have also grown, picked, crushed, fermented, bottled and labelled our own dry Eden Valley-style Riesling at our property in the Barossa hills (please note the kangaroos in the below photograph). 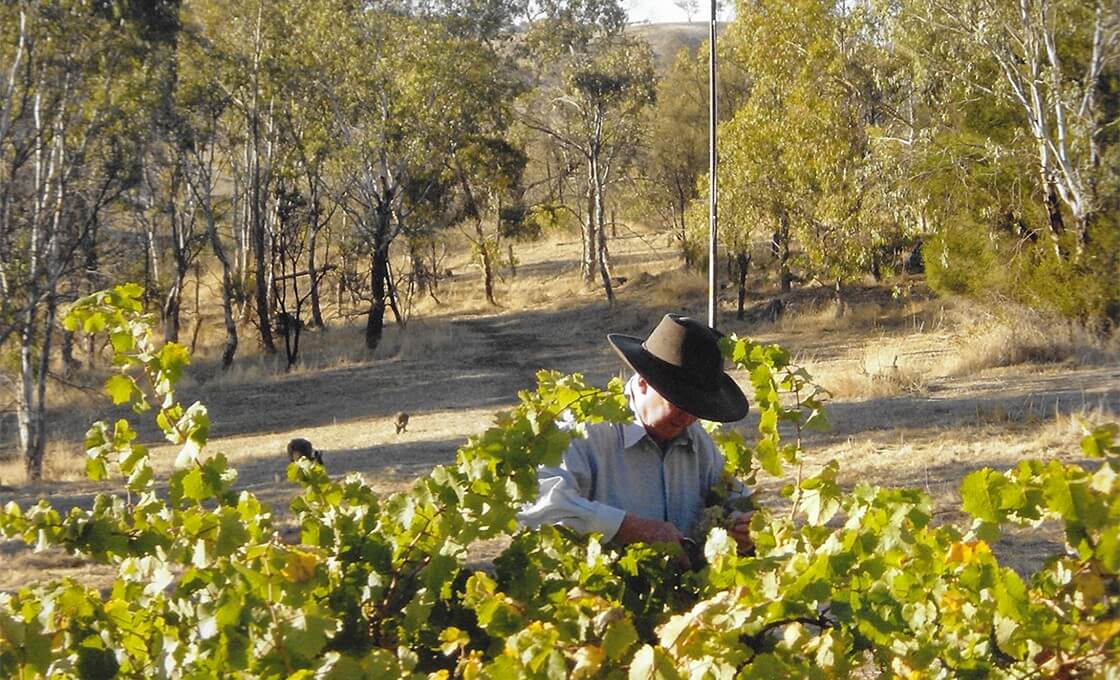